Moon is back (now on Google Moon)

A month ago the same moon looked down to us, and for sure could not turn away its eyes from this spot on the Isar river banks, where we were sitting at the bone-fire the whole night through, whispering secrets, feeling the heat of the august sun that was stored in the pebbles on which we layed down. Since then, I call the Isar the Moon river, and every morning I pass the river on my way to the institute, I do a short stop there and slide a flat stone over its surface, as you have shown me to do.
[caption id="attachment_1055" align="aligncenter" width="480" caption="Full Moon 24-09-2010"] 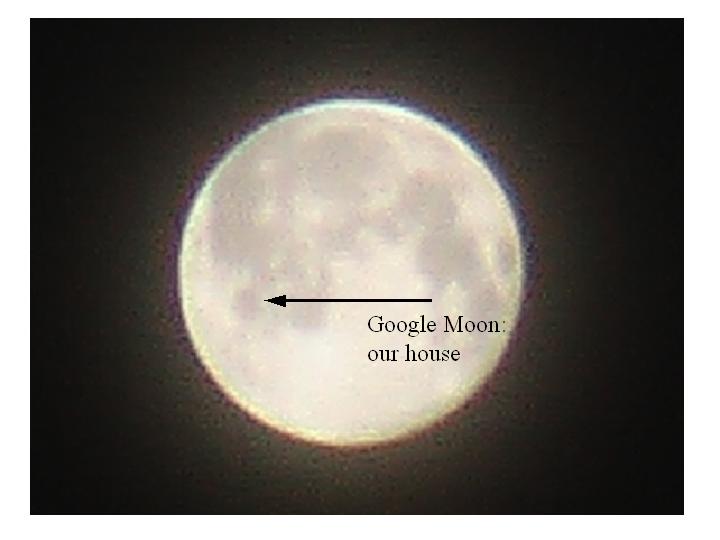 [/caption]
Now we are a month older, it is already autumn down here, but up on the moon there are no seasons. Unlike our 24 hours day, every spot on the moon has a day as long as 15 days down here, followed by 15 nights in a row. Could you imagine, this would mean exchanging some mails and early night dialoges only ones in month, and then 360 hours long darkness.
Maybe you recognized that I could finally revert to you real name. I had to hide it for two month to protect your privacy from the nosy Google-machine, which somehow disclosed your real name and linked it to the blog. Therefore I used another pseudonym in the blog, which had only slight resemblence to "Ghazal". It sounded similar, but looked quite different, and Google still does not recognize similarities by sound. But I"m sure, there soon will be a Google-Sound search machine, and this one will find out that "Azal", the pseudonyme that I used for two month, sounds very similar to your real name "Ghazal".

Are you o.k. ? Are you still studying so late at night ? Don"t miss your dreams, some actors therein might desperately wait for the main character, the blue-eyed persian cat.

I dont know if it was the picture of the moon you send in the evening, or my fear to meet some strange people in my dreams: either of the two did not let me sleep. but didn"t you once said that the full moon itself can also directly interfere with my emotions. maybe it is this what happend. finally, I went out for a walk over the fields behind the guesthouse, I think it was already 6.30 a.m. could see the moon, but not a house there ;-). I did a photo of it, have a look. If you find a house on it, show it to me. Does it mean you"d like to send me to the moon to live there ?
Have a nice day (I may come a bit later to the lab today, hope thats alright).
Take Care, michael
/ghazal

PS: If you click on the photo, there is a nice song about the moon. I only know its by Pearl Jam, don"t know the title. 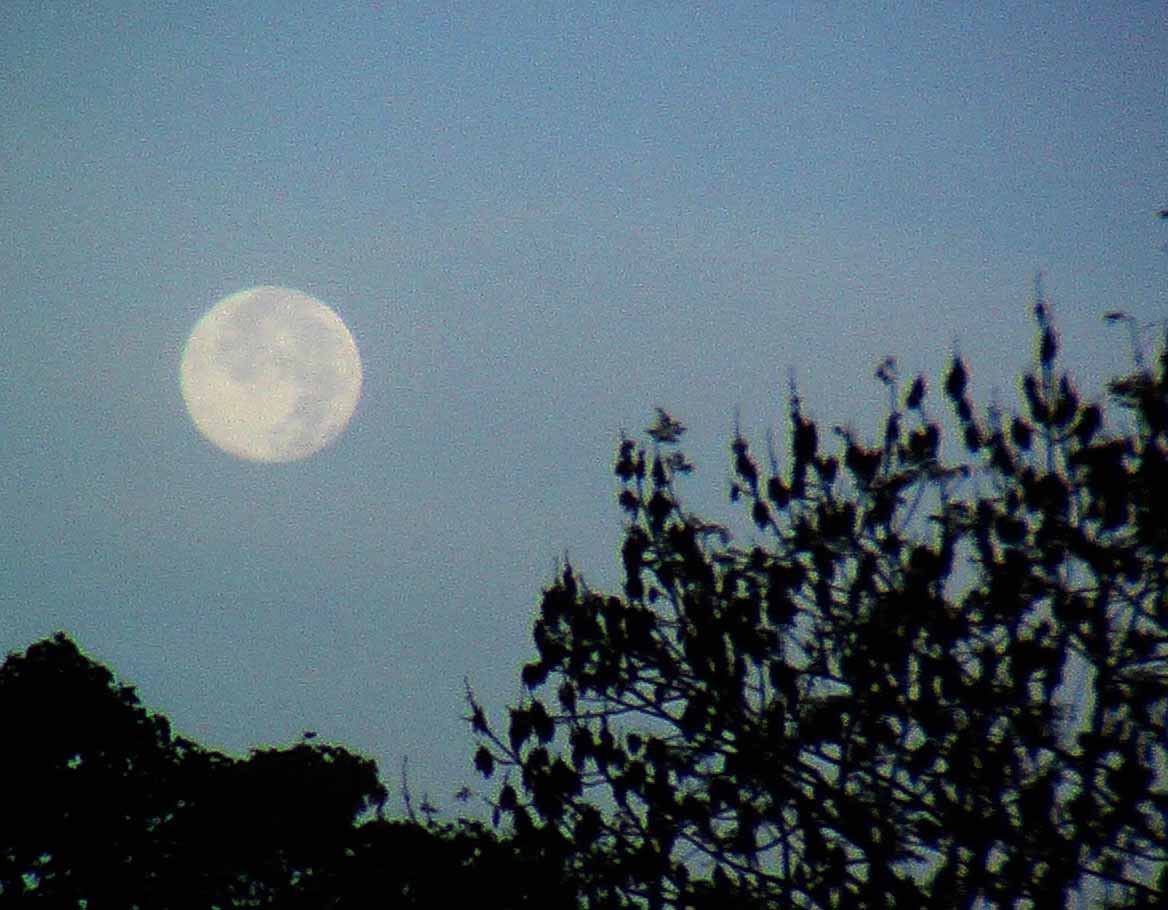 You came here on your angel journey half a year ago, arriving from somewhere far away. How could I ever send you back alone ? If, however you would suggest to take me with you somewhere in the universe, I would get my luggage ready today. A nice house on the moon could be a first step.
By the way, the moon is not only fascinating by its yet poorly understoud influence on females psyche but can make man equally crazy. Have a look at this alternative record of what the first astronauts said when they put their feets there.

Enjoy the day, recover from the sleepless night,
I"ll tell everybody you work on your thesis.

TaKe CaRe
Michael
Posted by radius at 3:35 AM