The success of the intelligent leader

Soaring migrant birds exploit columns of rising air (thermals) to cover large distances with minimal energy. Trying to solve this optimisation task would be a challenging analytical work for a maths or physics student, or a ressources consuming task for a super-computer. Among migranting birds such as European white storks there seem to be a few individuals that show extraordinary tallent in solving this task. Following single storks in a flock on its way from Northern-Middle Europe to the Mediterranean and Africa, researchers at the MPI in Bavaria could identify a few "leaders" who were always able to pick the best route, making maximal use of natural thermal streams. Analyzing individual and group movements on multiple scales revealed that a small number of leaders navigated to and explored thermals, whereas followers benefited from their movements. Despite this benefit, followers often left thermals earlier and at lower height, and consequently they had to flap considerably more. Followers also migrated less far annually than did leaders. These flock leaders were not the birds with highest muscle mass, but seem to be outstanding in their intellectual performance. 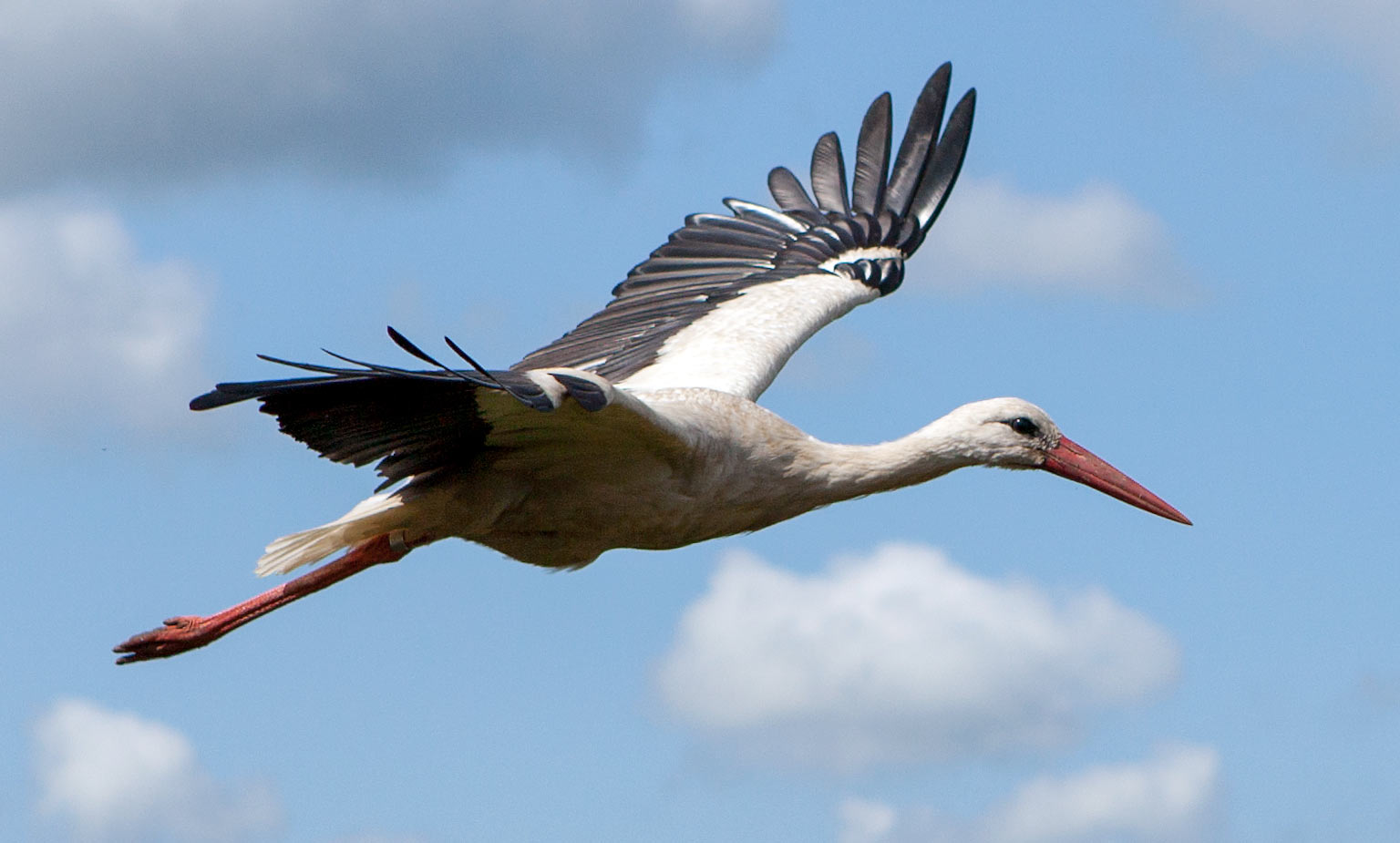 The  strategy of the intelligent flock leaders:
This way, intelligent storks (and the flock who is following) can bridge large distances without flapping its wings, simply by gently gliding. They will finally reach their destination thousands of miles away in a very relaxed state.

The strategy of the dull storks is much simpler:
This way, they will be exhausted much faster. Sometimes they give up long way before raching their final destination and spend the winter time in mediterranean countries instead of Africa. Because of their exhaustive usage of wing muscles, they will grow stronger (like people going to a muscle shop).
Nice to see that at least among birds, natural wisdom tells most of the members in a flock to follow the bright guy, but ignore the stupid muscle guy.
Posted by radius at 12:01 PM