Just in time: The late arrival of justice

I knew the Rapoport family since I returned to East Berlin in 1988, to start my PhD in a biomedical research center on the northern outskirts of the city, in a suburban settlement known as Buch. It was not only that Tom Rapoport was perhaps the youngest and most eminent professor there, a scientist who started very early to work on the molecular biology of the cell. What impressed me equally much was him insisting to be simply called "Tom" by colleagues and students, a completely unusual way of adressing a more senior scientist in the German academia, otherwise notorious for its conservative and hierarchical structures.
I remember very well one early New Years morning (it must have been in 1988 or 1989), when I did with a friend a skiing tour through the Czech giant mountains, and we arrived pretty early for a 1st of January in a shelter at the Medved peak. We were both pretty confident that we would be the very first hikers in this year, and hurried to sign in our names in the peak log-book. But we obviously underestimated the enhusiasm of Tom Rapoport, who together with most of his young staff had been there already one our before us.
In the middle-class area of Berlin-Pankow, which after the German reunification became one of the trendy parts of the capital to which the Buch village belongs, the Rapoport family was also a gravity center of intellectual and cultural ideas and discussions. To my parents, who still live there, the Rapoports are more known as active and open-minded neighbors with a social consciouness, as they were to me as scientists. The more it was a big frustration to hear that after the Federal Republic of Germany took over reponsibility of the Eastern research authorities, a campaign was launched against Tom, trying to discredit him of having benefitted from the political system of the socialist GDR. It was obviously the attempt of a few employees of his institute to justify their own mediocre scientific qualification, which became more and more obvious following the long required international reviewing process. Tom Rapoport, born in the US to Jewish emmigrants and being too much a gentlemen to enter such a mudslinging, accepted a call from the Howard Hughes Medical Institute in Boston to continue his research on intracellular protein transport in the US. It was an irony of the political ups and downs of the cold war period, that Tom had been member of the ruling socialist unity party in the GDR, although he always remained US citizen. Till today, neither the authorities of the German research and education ministry nor the board of the Max-Delbrueck Research center, predecessor of the Berlin-Buch institutes made any attempt of a "Vergangenheitsbewaeltigung", an instrument in Germany to deal with historical mistakes or disasters. Could it be that after a period of 20 years a fatal political decision is still too present in the mind of the actors involved, that their feeling of guilt is still too fresh to enable them to reconsider without prejudies ? Another event that involved Toms mother Ingeborg Rapoport could suggest this.  With a delay of 77 years Mrs. Rapoport, an eminent neonatologist recently was granted her PhD title from the University of Hamburg, to which she submitted her thesis in 1938.  Her topic was diphtheria, an infectious disease that was then a leading cause of death among children in the U.S. and Europe.
The German research community has to be grateful that this 102-year old lady is still doing well enough to personally recieve her degree certificate from the hands of the dean, and later celebrate with friends, relatives and former coworkers this arisal of late justice. 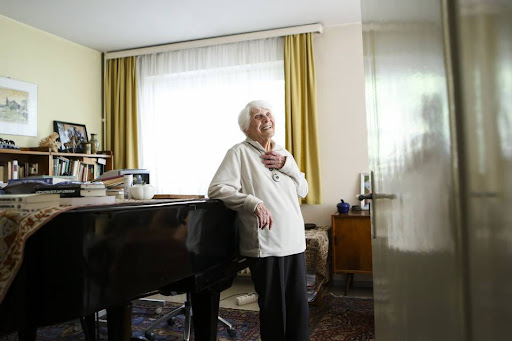 In 1938, when Ms. Rapoport had completed her research project and submitted her thesis, the Nazis under Adolf Hitler had just firmly estblished their power in Germany. Ingeborg’s professor in Hamburg, a one-time Nazi party member, praised her work, she recalled. But that wasn’t enough. “I was told I wasn’t permitted to take the oral examination,” she said.
Academic authorities in Berlin cited “racial reasons” for the ban: Ms. Rapoport, née Syllm, was raised as a Protestant, but her mother was Jewish, making her “a first-degree crossbreed” in Nazi parlance. Officials marked her exam forms with a telltale yellow stripe and deemed her ineligible for academic advancement.
My medical existence was turned to rubble,” said Ms. Rapoport. “It was a shame for science and a shame for Germany.” Her treatment was hardly unique: Thousands of “non-Aryan” students and professors were pushed out of universities in Hitler’s Third Reich, and many died in death camps.She and her family were spared that fate, though the University of Hamburg fervidly embraced the new order. Its dean declared the school “the first national-socialist institute of higher learning in the Reich,” styling himself the university’s Führer-Rektor and setting up new faculties of race biology and colonial law. Among the professors who ran afoul of the Nazis was Ms. Rapoport’s professor, Rudolf Degkwitz, whose expression of outrage over euthanasia at the children’s hospital, among other dissents, led to his imprisonment. In 1938, Ms. Rapoport, then named Ingeborg Syllm, emigrated penniless and alone to the U.S. She did hospital internships in Brooklyn, N.Y., Baltimore and Akron, Ohio. She applied to 48 medical schools and was accepted by one: the Women’s Medical College of Pennsylvania in Philadelphia.
“I had great luck—and perhaps some tenacity,” Ms. Rapoport said. 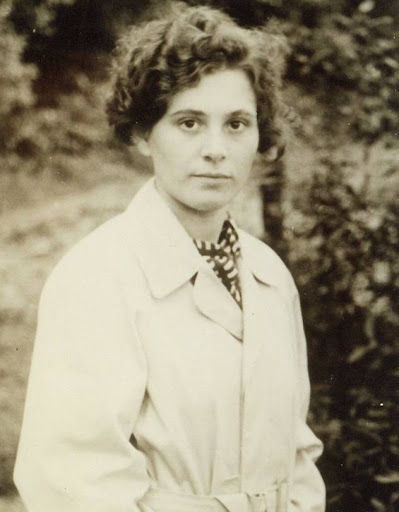 Ingeborg Syllm, later Rapoport, as she looked shortly after she left Nazi Germany for the U.S. in 1938.

The dean, Dr. Uwe Koch-Gromus, soon realized that the bureaucratic challenges weren’t minor. In March, the university’s legal department said that for three reasons—her original paper couldn’t be found, she had never completed her oral defense, and she had earned an M.D. from the U.S. anyway—Ms. Rapoport should just be given an honorary degree.
Neither Dr. Koch-Gromus nor Ms. Rapoport was content to plaster over the injustice with an honorary doctorate; instead, he devised a legal pathway for her to qualify for the real one she was denied, and Ms. Rapoport started boning up.
Her main practical obstacle has been her failing eyesight—she can’t read or use a computer. So she had relatives and biochemist friends trawl the Internet for the last seven decades of scientific advances in diphtheria studies and report back by phone.
“I know a lot more about diphtheria now than I did then,” said Ms. Rapoport, who wrote in a 1997 memoir that her youthful devotion to medicine was partly inspired by the Christian missionary Albert Schweitzer.
On Wednesday Dr. Koch-Gromus and two other professors settled into the brown-and-orange furniture in Ms. Rapoport’s Berlin living room and drilled her for 45 minutes before approving her doctorate—nearly eight decades after she applied.
“It was a very good test,” said the dean. “Frau Rapoport has gathered notable knowledge about what’s happened since then. Particularly given her age, she was brilliant.”
Ms. Rapoport, though relieved, was less certain. “I used to always do my best work in tests,” she said. “I’m afraid I don’t anymore.”
The university has scheduled a ceremony in Hamburg on June 9, when Ms. Rapoport will become, by all available evidence, the oldest person ever to receive a doctoral degree. Guinness World Records has cited a 97-year-old German as the oldest recipient of a doctorate.
Dr. Koch-Gromus, Ms. Rapoport said, “has made a great effort to show that things are now different in Germany.”
But the process has also brought her full circle. “Studying made me remember how abandoned and uncertain I felt in 1938,” she said. “That was covered up, but it’s come back recently in my dreams.”
Posted by radius at 10:21 AM