Who says that all beautiful woman are mobile phone junkies ?

She was the first actor to feign an orgasm on screen, and she invented technology that would lead to the mobile phone. The remarkable life of Hedy Lamarr shows that there is no contradiction between being a racy actor and technology pioneer.

It’s a common enough story. Publisher prints salacious book about Hollywood star’s love life. Hollywood star takes publisher to court. But in one key respect, the case of Hedy Lamarr v Macfadden-Bartell was wonderfully unusual: the book that prompted her to sue was her own autobiography. Having been celebrated as ‘the most beautiful woman in the world’ in the 1930s and 1940s, Lamarr had hoped that her ghost-written memoir would revive her career in 1966, but when she read the finished text of Ecstasy and Me, she deemed it “fictional, false, vulgar, scandalous, libelous and obscene”. Alas, the judge ruled against her, publishing went ahead, and Lamarr got the kind of publicity she hadn’t bargained for.
Readers everywhere learned how she and her third husband, John Loder, attempted to beat an acquaintance’s 19-times-in-one-weekend lovemaking record. They learned how another of Lamarr’s partners hired a team of sculptors and make-up artists to fashion a rubber sex doll that was identical to her in every detail. They also learned about a less spurious claim to fame: when the teenage Lamarr starred in a Czech-Austrian romantic drama, Ecstasy, in 1933, she became the first actress in history to feign an orgasm on film. 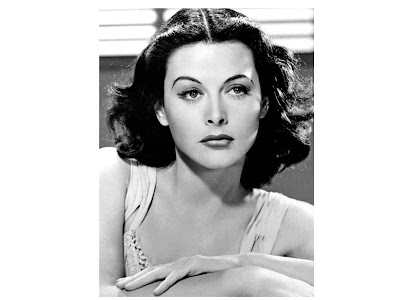 But what the memoir didn’t say about Lamarr was far more remarkable. There is no mention of it in the book, but during World War Two, she developed a radio-guided torpedo system, and the ‘spread-spectrum’ technology it fostered would one day be used in mobile phones and wi-fi connections. Even without any fictional, false and libellous material, the Austrian actress’s biography is more astonishing than that of almost any other Hollywood star.
Born in 1914, Hedwig Kiesler had a comfortable childhood in Vienna. Her governess tutored her in German, French and Italian, and her father, a Jewish businessman, taught her engineering, but Kiesler was too intent on becoming an actress to stick with her education. At 15, she played truant from school, and got a job as a film studio’s script clerk the same day. This appointment led to work as an extra, and by the age of 18 she had the controversial lead role in Gustav Machaty’s Ecstasy.
Kiesler played a young bride named Eva. Having gone for a liberating naked swim, she meets a strapping engineer (named Adam, of course), and experiences all the pleasures her impotent husband can’t provide. Seen in close-up, Eva gasps, throws back her head and clutches her hair. It’s clear what is being shown – and it had never been shown on the big screen before. Lamarr later said that her apparently blissed-out winces were the result of Machaty jabbing her with a safety pin, but, however the sequence came about, it was convincing enough to cause uproar. The film was denounced by Pope Pius XI, and Kiesler was labelled ‘The Ecstasy Girl’.

From Mussolini to the movies

One of her many new fans was Friedrich Mandl, an armaments manufacturer and the third richest man in Austria. After an eight-week engagement, he and Kiesler were married, and she – still a teenager – was ushered into a life of regal opulence. On one trip to Paris, Mandl asked his wife if she liked the sparkling jewels on display in the window at Cartier. When she nodded, Mandl immediately bought her every one of them. But Kiesler felt “strangled to death by luxury”. Obsessively jealous, Mandl tried to buy and destroy every print of Ecstasy, and he refused to let her visit her friends or go to the theatre. The only role he allowed her was that of a trophy wife, sitting decoratively at the dining table while he talked munitions with his powerful guests, Mussolini included.
There are several contradictory accounts of the marriage’s end: the most dramatic tale has Kiesler drugging her maid with sleeping pills, putting on her uniform and dashing off to Paris in disguise. What isn’t disputed is that she left Mandl in 1937, and that in 1938, renamed Hedy Lamarr, she starred in a Hollywood film, Algiers. Audiences and critics were stunned. “She is young, vital, and sure to be a sensation,” wrote one reviewer. “One doesn’t really notice if she can act – she’s that beautiful!” 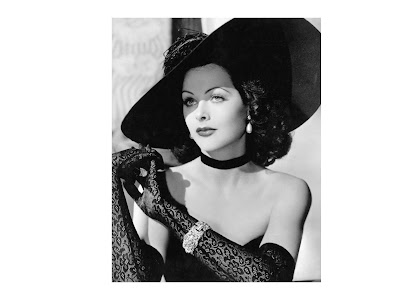 There was never any doubt about that. Not only was Lamarr a porcelain-skinned, raven-haired goddess, she also had an exotic accent, a titillating past, and, before long, a string of handsome husbands and fiancés. To Depression-era audiences, she was a fantasy made flesh, and to gossip columnists, she was a dream. But the films never quite matched the myth. Lamarr’s successes included Boom Town with Clark Gable and Spencer Tracy, My Favourite Spy with Bob Hope, and Cecil B DeMille’s Samson and Delilah, the highest grossing film of 1949. But there were more flops than hits, and Lamarr’s acting could be stilted and detached, as if her mind was on other things.

Perhaps it was. Her hobby was inventing, and while other Hollywood stars were at parties, Lamarr was at home, tinkering with a design for a traffic light, or experimenting with a soluble fizzy-drink tablet. Her most revolutionary idea was one she hoped would help the Allies win World War Two. Having gleaned invaluable information on weaponry at Mandl’s dinner parties, she came up with the concept of a synchronised ‘frequency-hopping’ system: in order to stop enemies jamming the radio signals between a plane and a guided torpedo, their communications would keep jumping simultaneously to new frequencies. Working in partnership with George Antheil, the avant-garde composer, Lamarr was granted a patent in 1942, but her invention was rejected by the US Navy. It was simply too far ahead of its time. 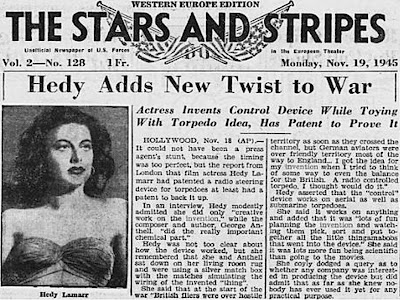 Decades later, she and the world learnt that her innovations had been incorporated into mobile-phone technology, and in 1996, four years before her death at the age of 85, the Electronic Frontier Foundation honoured her and Antheil with its Pioneer Award. But it was a tardy consolation prize for someone who had become known as a bitter recluse. After Lamarr’s stardom waned in Hollywood, she retired to Florida, and hit the headlines only when she was arrested for shoplifting, or when she had ruinous plastic surgery – or when she published, and then disowned, the sleazy autobiography. Some devotees see Lamarr as a victim of sexist prejudice: a woman too attractive to be taken seriously either as an actress or an inventor. Lamarr herself encouraged this interpretation. Her face, she wrote, “brought me tragedy and heartache for five decades. My face is a mask I cannot remove: I must always live with it. I curse it.” But the Lamarr-as-victim narrative makes her seem weak and passive, whereas in fact she took control of her destiny time and again, whether she was fleeing from a Swiss finishing school or a tyrannical husband. In Hollywood, she would go out and fight for the roles she wanted: instructing her agent to phone DeMille, pushing Orson Welles to direct her as Lady Macbeth. She was just as determined when it came to turning down the roles she didn’t want, or upsetting studio bosses by forgoing publicity tours. Lamarr may not have made the wisest choices, but those choices were her own.
This was true right from the start of her Hollywood career, when her willpower was almost as crucial as her flawless beauty. Having escaped from Mandl in 1937, she was introduced to the head of MGM, Louis B Mayer, in London. As wary as he was about signing up the risqué ‘Ecstasy Girl’, he offered her a contract, but the proposed salary was so small that she walked out of their meeting. She wasn’t finished with Mayer, however. Her next move was to book a ticket on the very ocean liner that he was travelling on, so that he would have regular opportunities to witness the dizzying effect she had on every man onboard. When she set sail from Europe, she could barely speak English, and her name was Hedwig Kiesler Mandl. By the time she disembarked in America, she had a lucrative Hollywood contract, and her name was Hedy Lamarr.
She didn’t just have a genius for invention, but for reinvention.
Posted by radius at 2:17 PM